United Way of Erie County is partnering with Erie Contemporary Ballet Theater (ECBT) for their performances of The Nutcracker on November 26 at 7 p.m. and November 27 at 2 p.m.

"With a cast of more than 100, these performances are sure to delight the young and the young at heart and are proud to feature an Erie only community cast," stated ECBT Artistic Director Sarah Purvis.

Under the direction of Purvis, the cast members, to include United Way's marketing and communications coordinator, Donnie Hatheway, have spent months preparing for this showcase at the Mercyhurst University's Mary D'Angelo Performing Arts Center.

"I am excited to not only be Mr. Stahlbaum in the show but also be the representative for United Way. I have the opportunity to tell more people about our local mission to CRUSH POVERTY throughout Erie County while dancing alongside my adorable niece, Francesca, and so many other talented dancers," said Hatheway.

Through this partnership, United Way will bring their mission to more people while highlighting the Imagination Library for Erie County initiative as they prepare to mail out their millionth book to an Erie County family in December.

"Partnering with United Way allows ECBT to further its mission, which is to inspire, educate and enrich the lives of the community through the art of dance. By collaborating, we are cross sectioning our audiences to further both of our missions. We are thrilled that United Way will be using The Nutcracker to highlight their upcoming mailing of their millionth book through Imagination Library for Erie County. United Way is a jewel in our community and we are pleased that they will use such a time-honored, holiday classic, like The Nutcracker, to continue their work for Erie County," said Purvis. 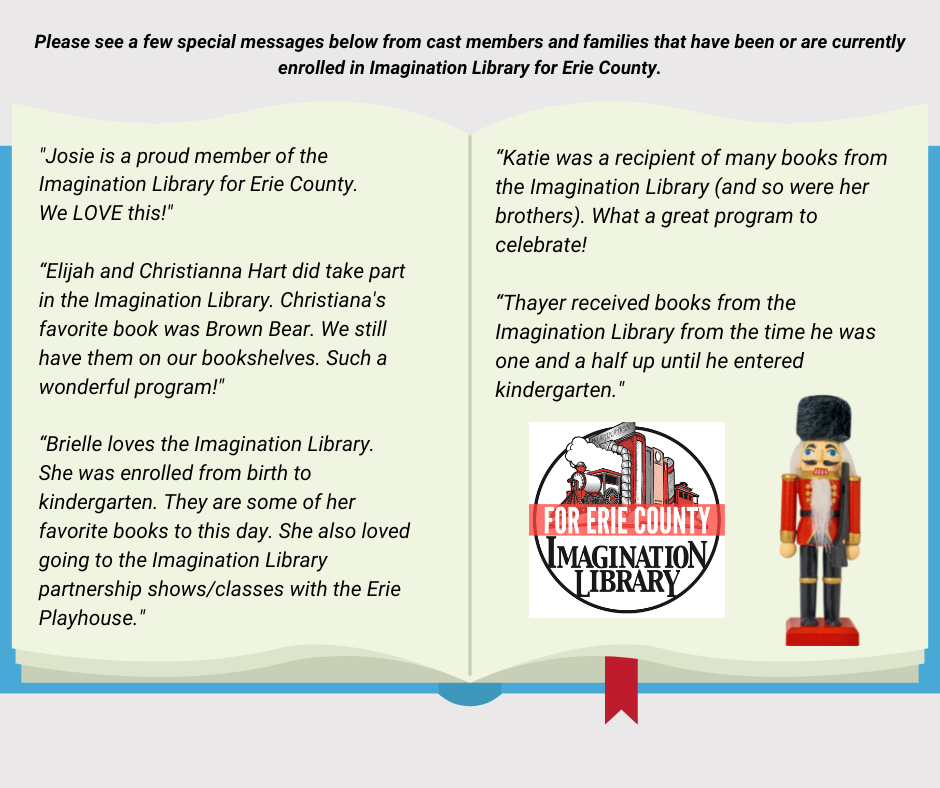