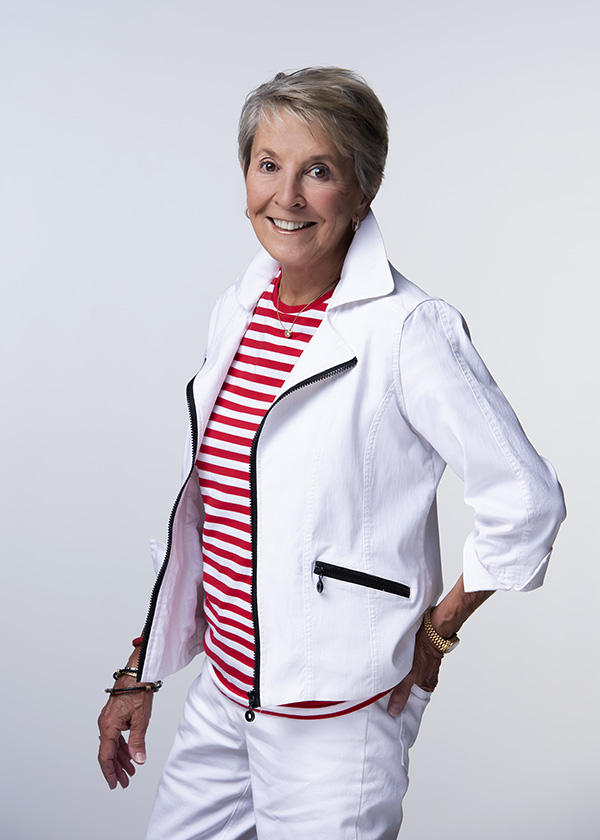 United Way of Erie County is pleased to announce that Robin Scheppner is the 2020 Tocqueville Award recipient. Due to the COVID-19 Pandemic, the honor will officially be presented during the organization’s Leadership Recognition Reception in 2021 made possible by Northwest Bank and through a grant from the William M. & Frances Schuster Fund at The Erie Community Foundation.

This prestigious award recognizes outstanding volunteer service to our community through personal leadership and long-time commitment. The award reception brings together Tocqueville Society (donors of $10,000+ annually), Leadership Giving Society ($1,000+ annually) and Young Leaders Society ($500+ annually and under the age of 45) members, along with past award recipients and guests of the honoree to pay tribute to the recipient of United Way’s highest honor.

Since 1983, the Tocqueville Award has been given annually to an individual whose outstanding volunteer service has demonstrated commitment and creativity and has inspired others to serve in the community. This service must have been sustained over a number of years and should be of significance to the Erie community. Recent honorees include Gwendolyn White, Jim E. Martin, Jim Ohrn and Brady Louis.

Robin Scheppner is the President and Managing Owner of American Tinning & Galvanizing (ATG). An Erie native, she has spent many years living and working in various other locations.

Robin earned a BFA from Denison University and began a career in Interior Design at a major retailer, then moved on to the challenging role of teaching art at an inner-city junior high school in the Cleveland Public School System. While teaching, she attended Cleveland State University at night to obtain teaching credentials.

After teaching for a couple of years, she and a friend took a year off to travel across America, eventually visiting 40+ states. After this adventure, Robin settled in Naples, Florida and continued her schooling with further accreditations for art and then education of the gifted child.

Making another career shift, Robin became licensed in insurance and mutual fund sales and opened the first office of Ameriprise Financial Services in Naples. Following this successful move, Robin took another hiatus from work to live in Italy for the better part of a year.

Returning Stateside, Robin then earned an associate degree in Building Construction and began a 3-year tenure in high-rise construction management in Naples, with a stint as a designer and project manager for a high-end cabinet company.

Expecting to retire in her 50s, Robin instead became involved in running the family business, American Tinning & Galvanizing after the death of her father. For almost a decade, Robin commuted back-and-forth to Erie from Naples, returning permanently to Erie in 2013.

Since Robin took the helm at ATG, the company has nearly doubled its workforce, invested millions of dollars in infrastructure and equipment, earned prestigious aerospace certification and consistently enjoyed double digit growth. Programs and activities were implemented to foster teamwork and camaraderie.

Under her leadership, ATG also refocused its giving to the community with all philanthropy going to non-profits that benefit low-income women and children. ATG celebrates 100% participation in the United Way campaign, being a Corporate Partner for United Way’s community school at Diehl Elementary, participation in PennDot’s Adopt-A-Highway program and numerous volunteer projects such as ServErie. In honor of ATG’s 80th anniversary, Robin and her mother created a donor advised fund at the Erie Community Foundation called the ATG Employees Family Endowment. The earnings from the fund support local non-profits chosen by the employees every Christmas.

Personally, Robin has been involved in various service and benevolent organizations throughout her varied work experiences.  Since returning to Erie, she reaffirmed her membership at Wayside Presbyterian Church where she serves as a Deacon.  She joined the Erie Women’s Fund, a donor advised women’s philanthropy fund and recently served as their Chair for three years.  She is a member of Rotary and several committees with United Way, currently the Community Impact Committee and is also a past United Way Board member.

In honor of her commitment to CRUSHING POVERTY in our region, United Way of Erie County presents the 2020 Tocqueville Award to Robin Scheppner.